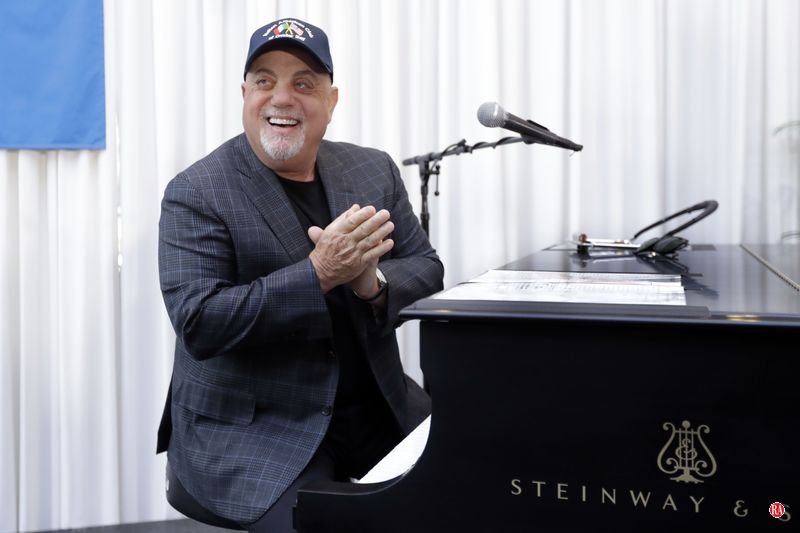 ORLANDO, Fla. â€” After more than 50 years and hundreds of gigs, Piano Man Billy Joel is still dazzling audiences coast-to-coast to packed houses with thousands of fans singing along with every word. He is to delight fans on Saturday at Camping World Stadium.

Ahead of this weekend’s performance, Joel – who has sold more than 150 million albums and has 23 Grammy nominations – spoke with the Sentinel by phone about his musical influences, his career spanning more than 50 years and his contribution through his foundation.

Q: When do you first remember falling in love with music?

A: I can’t remember a time when I didn’t. I heard music from an early age. My mother always had the radio on or was playing records, my father always played the piano. And both families were very musically oriented. It’s always been in my life.

Q: What are your biggest musical influences that inspired you?

A: We used to listen to WQXR; both my parents loved classical music. But my mom also loved Broadway shows, so I got to hear a lot of those. The only genre of music I wasn’t really exposed to was country music. But once in a while, you’d hear a Johnny Cash song on the pop radio. You could hear jazz on the radio, you could hear classical, you could hear blues and pop.

Q: Can we hear many of these influences in your music?

A: I imagine so. The first album I bought with my own money was “Time Out” by Dave Brubeck. I think it was like $3.99, it was in the 60s. I was fascinated by this album, with the different time signatures. Then I started getting into pop.

When I was a teenager, I was on United Artists. And I was also on Mercury Records with one of my first bands. I would go to the record company headquarters in New York and take as many albums as they let me take. I was able to buy a lot of Thad Jones and Mel Lewis albums. I also became a fan of Jimmy Smith and the Hammond organ. I was lucky to be exposed to all of this.

Q: Especially with the recent residency at Madison Square Garden (which sold out 77 monthly shows in New York), I imagine you love performing. What happened when that went away for a while with the pandemic?

A: It was a weird time. When the musicians can’t play, you’re kind of a lost soul. We need an audience. It’s not just about selling records, it’s really about connecting with people who listen. The most enjoyable part of playing live is the feeling that you’ve created a community, on the spot. Not having that was kind of a weird, disconnected feeling. Fortunately, we can work a little more now.

Q: How does it feel to have this triumphant return to the stage after we’ve all been hunkered down for so long?

A: It’s a great feeling. When we came back to the Garden and played again, it was almost like I forgot what a great gig it was. When we played so many gigs there, we started taking it for granted like, “Yeah, we’re the house band.” It’s dangerous to think like that because when it’s gone, you really miss it.

I have a great job. I never want to lose sight of that. I don’t know if I chose the job or the job chose me, but it was a great choice because I loved every second of it.

Q: You have a few stadium shows lined up on this tour. What’s it like going from an indoor arena to a giant outdoor stadium?

A: The concerts at the stadium are great. It doesn’t really make sense to me that people come to see this static pianist stuck behind a grand piano in the middle of a stadium, but they do. I hear this huge crowd of people singing the lyrics to my songs and it’s fantastic. It’s such a great feeling that I’m almost floating above this wonderful sound. But it wasn’t something I thought I would do. But people keep coming.

Q: There are even people on TikTok who are now listening to your music. It seems like good music will always find a way to persist, no matter what year it was released.

A: I get asked all the time, you know, “What do you think is the reason for your longevity?” My answer is, “Well, I’m not dead.” That’s all I can think of. I keep selling tickets, I love what I do. The band is great, the audience is great. What’s not to like?

Q: You haven’t had an album of new music since the 90s. Is there a concern that you don’t want to write new material if the inspiration isn’t there?

A: The main reason someone should write is because they want to. If you’re writing music and you don’t really want to, it won’t help. It will be made. I feel like I’ve kind of fulfilled my role as a songwriter, in that I’m happy with what I’ve produced so far. I didn’t want to dilute what I did. I became more comfortable with instrumental music rather than songs, so that’s what I kept writing.

Q: In the end, it’s about being happy with what you do, right? Whatever form it takes – filling Madison Square Garden, performing in front of an audience that sings all the words. Seems like that’s where the real joy is.

A: It was the original pleasure. The first time I played a gig in a band was for a church ball in Hicksville, Long Island. I was just stunned by the dynamics of the whole thing. People were watching us, they were dancing, they were applauding. At the end of the concert, the priest came and gave us 15 dollars each. It was like $1,500 in the 60s. I hadn’t even thought about getting paid for it. That’s what I do, and that feeling has never left me.

Q: In your career of more than 50 years, what have you learned during this time? What are the things you are most grateful for?

A: I learned that I had chosen the right job. Sometimes I wondered, “Are you really good enough to do this?” Do you have what it takes? Is this what you want to do?â€ And the answer always ended up being â€œYesâ€. It takes time to prove it to yourself, but I chose the right job – or maybe it chose me .

I come from a family of musicians. My brother is an opera conductor. My daughters are musicians. Alexa is a very good pianist and composer. My six-year-old daughter, Della, is a very good singer and she has a very good musical ear. The youngest is four years old and she is starting to sing too. It’s probably genetic.

Q: I wanted to ask about the Joel Foundation. Recently, you donated $250,000 to the BStrong Foundation to help Ukrainian refugees. Can you address the idea of â€‹â€‹an artist’s social responsibility?

A: What is happening in Ukraine right now is tragic, it’s just horrible. These people need help. Normally we would make donations to help music organizations and music education for children. This is a special situation, and sometimes we can redirect and direct the money to humanitarian efforts, which is very necessary now in Ukraine.

I have a brother who lives in Vienna and he sees a lot of refugees coming to Eastern Europe from that part of the world. I recently found out that my grandmother’s family is from Kiev. My aunt, who is now 102, is kind of filling in the blanks for me. I’m learning a lot about my own family history right now.

The alternative to payday loans has its own risks Everything you need to know about Jennifer Aniston’s glamorous career, find out

Early life, music career and net worth of Traci Braxton at the time of her death