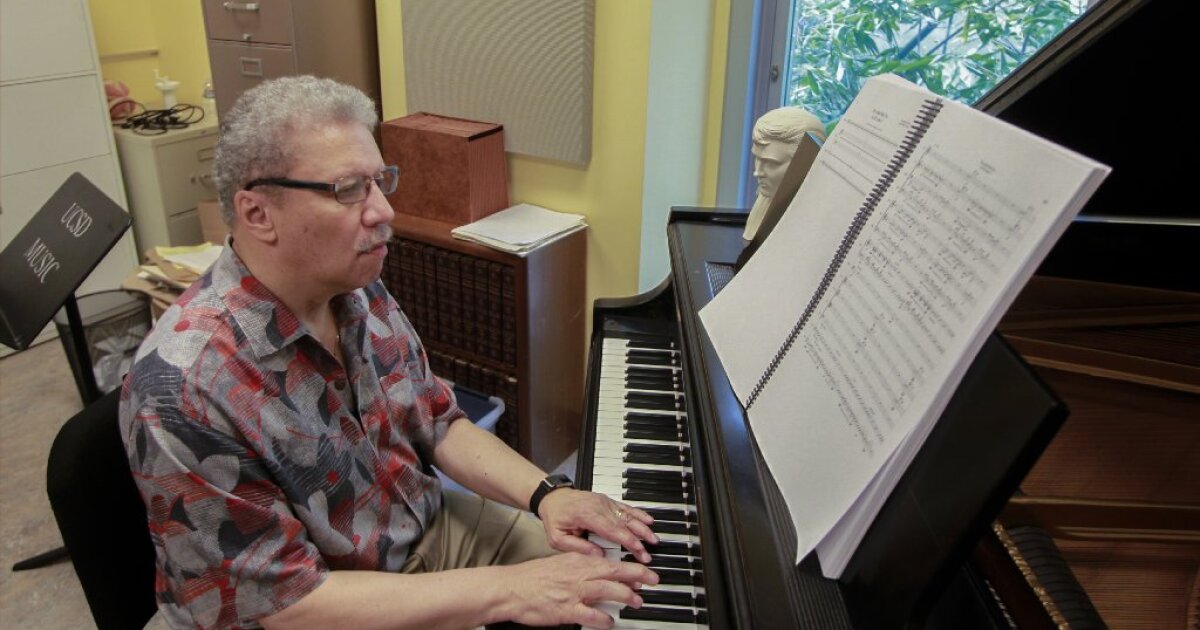 When Bodhi Tree Concerts proclaims that its next decade will be “Bigger, Bolder, Sweeter”, it is no empty promise. The celebration of the 10th anniversary of the local association on Saturday is a quick step backwards and a big step forward.

The anniversary event – where its 2021-22 season will be announced – is a fundraiser for the Bodhi Tree Concerts commission of an original children’s opera in English and Spanish. Entitled “Pancho Rabbit and the Coyote: A Migrant’s Tale”, it will premiere binational and later developed into educational programs for children.

The dream team of opera composer and librettist?

â€œWe can’t believe how lucky our small organization is to have these two giants working with us,â€ said Diana DuMelle, who co-founded and co-led Bodhi Tree with her husband, Walter. â€œIt’s huge and incredible, but we’re up to it. We are so motivated.

Davis, who has composed eight operas, won the 2020 Pulitzer Prize for Music for “The Central Park Five.” It will be performed by the Portland Opera in March and the Long Beach Opera in June. In May, the Michigan Opera Theater will produce “X: The Life and Times of Malcolm X”, written by Davis in 1986.

On Thursday, New York’s famed Metropolitan Opera announced it would produce “X” in the fall of 2023. Davis will be just the second black composer presented by the Met in 138 years of history. The first, Terence Blanchard, will see his opera, “Fire Shut Up in My Bones”, opening at the Met later this month.

For â€œPancho Rabbit,â€ Davis asked Troupe, his longtime friend, to write the libretto for the new opera. This is not surprising since they have collaborated on many projects and have often performed together.

Troupe has written 10 volumes of poetry, three children’s books and six non-fiction works, including â€œMiles: The Autobiography of Miles Davisâ€ and the memoir â€œMiles & Meâ€. In 2010, Troupe won the American Book Award for Lifetime Achievement.

The opera will be based on the book â€œPancho Rabbit and the Coyote: A Migrant’s Taleâ€ by Duncan Tonatiuh. He received the Tomas Rivera Mexican-American Children’s Book Award in 2014.

â€œI was looking for a good story for the opera,â€ Davis said. â€œA friend showed me ‘Pancho Rabbit’. The story is about immigration, which suits me perfectly.

â€œ’Pancho Rabbit’ resonates with the current political situation. It’s like ‘Animal Farm’ and other books that use animal characters to deal with serious themes. Children will enjoy it and adults will know the subtext.

In addition to raising funds for â€œPancho Rabbitâ€, Saturday’s concert will celebrate Bodhi Tree’s decade of what the DuMelles call â€œintentional goodness through musicâ€. Before the pandemic, the organization distributed about $ 35,000 to local charities.

At every gig, San Diego artists were paid to perform whatever they wanted. The upcoming event changes the payment model for the first time.

â€œWe’re uncomfortable because people always ask artists to perform for free,â€ said Diana DuMelle. “It’s the alone moment when they appear for free. They stepped up willingly and with love.

Walter DuMelle, who will perform at the concert, added, â€œTwo dozen artists are coming back to Bodhi Tree for this. We think very little about what we want them to do. We say, “Give us a few minutes that will bring you joy”.

The artists performing at the concert will be fully vaccinated against COVID-19. Ditto the staff. Masks will be mandatory for all people entering the site, regardless of their vaccination status.

Diana DuMelle’s three years of grant writing resulted in two new major grants from the National Endowment for the Arts and the Conrad Prebys Foundation. These, along with gifts from donors and the anniversary event, will help Bodhi Tree move closer to its goals.

â€œWe are very grateful to the artists,â€ she said. â€œNot only will this provide what we need for the ‘Pancho Rabbit’ commission, but it will also help us start our next year of concerts very strong.

â€œWe’re a grassroots business, so the commission is more money than an entire season would cost us. When we say “Bigger, Bolder, Kinder,” that’s what we’re talking about.

â€œWe also plan to significantly expand our arts education program. We will raise funds to bring â€œPancho Rabbitâ€ to schools as a residence, so that children can play it. “

In 2014, while their son Dylan was in primary school, the DuMelles produced the Czech opera â€œBrundibarâ€. Local children filled out the cast and the audience, who took part in the questions and answers.

â€œThe impact it had on these kids to be treated like professionals and act like professionals really impressed us,â€ said Walter DuMelle. â€œWe saw how powerful it was for them, so we continued it later with another opera for children.

â€œWe realized that there wasn’t a lot of good repertoire available that could meaningfully engage children. We are putting probes in the universe to add to this little cannon.

The universe was cooperative. Davis told the DuMelles that he always wanted to do a children’s opera. And they all agreed that â€œPancho Rabbitâ€ was the perfect vehicle.

Davis and Troupe plan to develop the book, which was written from a Mexican perspective. They can add touches of magical realism. The composer will integrate NorteÃ±o elements into the score.

â€œIt will bring lightness to the music,â€ said Davis. â€œPancho’s songs capture aspects of the culture of northern Mexico.

â€œThe advantage of a children’s story is that it is simple and clear. This is why I can do a captivating opera.

Wood is a freelance writer.