February is Black History Month, and many artistic events are planned, including “Talking Black in America” ​​and “Signing Black in America”, two films presented by the Department of Linguistics, as well as Ducks screenings After Dark from “Respect”, “Black Panther” and “King Richard.”

“Black Excellence,” a pop-up exhibition of works by black artists from the Design Library’s “Artists’ Books” collection, runs Feb. 9, and Dance Theater of Harlem choreographer Claudia Schreier will give an African-American workshop. American in person and Presentation of the lecture series on February 22.

Beginning February 1, artist Jack Buechler’s Playfully Cutout collages will be on display in the Foyer Gallery at Lawrence Hall.

Admire and handle works by black artists from the Design Library’s ‘Artists’ Books’ collection during the ‘Black Excellence’ pop-up exhibition, a free walk-in event at Lawrence Hall on February 9.

Cowboys have marked American culture, but not all cowboys are buckaroos. Buckaroos represent a cowboy culture with roots in Spanish and Moorish, or Islamic tradition. Explore the Oregon Folklore Network’s Buckaroo Traditions of Oregon virtual exhibit and learn about Buckaroo traditions in rural Oregon.

Corresponding to the UO’s Common Reading Program – this year’s selection is “Braiding Sweetgrass: Indigenous Wisdom, Scientific Knowledge and the Teachings of Plants” by Robin Wall Kimmerer – the exhibition “Common Seeing: Meeting Points” in the Focus Gallery at the Jordan Schnitzer Museum of Art brings together the works of nine contemporary Indigenous artists to visually expand on issues of ecology, parenthood, Indigenous rights to land and water, sustainability, climate change and the preservation of language in the book. The exhibition runs until April 10.

Mark your calendar for February 12; you don’t want to miss the LGBTQA3 Alliance’s fabulous annual drag show, “Drag Me to Hell”, at the Erb Memorial Union Ballroom. Local performers showcase their artistry during this fun show for all ages. Proceeds will be donated to TransPonder, a local non-profit organization that provides support, resources and education for and about the trans/gender community. Mask up and give advice to artists!

Discover how music and art can bring people together for “C3: Connection/Beethoven’s Fifth,” a collaboration with the Jordan Schnitzer Museum of Art featuring four visual artists from Oregon performing a movement from the symphonic “Metamorphosis on Themes of Weber” by Paul Hindemith. The show opens Feb. 17 at the Hult Center for the Performing Arts.

On February 17, don’t miss the tennis-themed film “King Richard”, and on February 24, the Disney film “Encanto” will be screened. Free popcorn and soda and free admission for UO students with valid UO ID.

On February 8, the Department of Linguistics will present “Talking Black in America,” the first of two films about being black in the United States as it relates to spoken and signed languages, exploring how language has been shaped by descendants of enslaved Africans. to this country and the effect it has had on the black community. “Signing in America” will be screened on February 15.

Notice to moviegoers! The Club Cinema will host screenings of recent and classic French films at the Yamada Language Center. On February 9, come and discover “Portrait of the Young Girl on Fire”, “The Fabulous Destiny of Amélie Poulain” on February 23 and on March 9, “Ratatouille”.

Coming to the Robinson Theater on February 25 is the musical “Once,” based on John Carney’s 2007 film. In a Dublin pub, an Irish musician is inspired and challenged by a young Czech immigrant. The production runs through March 12 and is free to UO students with ID.

Show your valentine some love at “Hubs and Kisses,” a crafting event sponsored by the staff of the UO bike program. Collage items, used bike parts and other materials will be available at this free event at the Erb Memorial Union on February 10.

Looking for something creative to make and take home? Freebie Friday events at EMU offer something new to do every week. On February 4, create macrame keychains and wrapped rope baskets. Show your love on February 11 with handmade watercolor gratitude cards and origami envelopes to gift to friends and family. Celebrate winter with snowflake embroidery on February 18 and on February 25, weave a mini rug for your mug. Do your crafts at Office O between noon and 2 p.m. or take home a prepackaged kit that includes everything you’ll need to create each craft.

Learn about a giant bear-sized beaver that roamed eastern North America during the Pleistocene in this discussion of new fossils that show Oregon had its own unusually sized rodent 20,000 years ago year.

Join Associate Professor of Japanese Literature Glynne Walley for her talk “Fit to Print: The Dawn of Journalism in Japanese Woodblock Prints from the Lavenberg and Michels Collections” on February 2.

Multimedia artist Lezley Saar will present her lecture on “Surrealism, Symbolism and Significance” on February 3. As part of the guest artist talk series, the virtual event, covering topics on race, gender, mental health, literature, heritage, escapism and marginalization, will be streamed live. on the UO IS Media Services YouTube channel.

Shih-shan Huang, an associate professor in the Department of Transnational Asian Studies at Rice University, will discuss “Cultural Intermediaries of Buddhist Books” on February 4. The talk will shed light on how Buddhist books and woodblock prints were disseminated in the 13th and 14th centuries.

Portland artist and Cherokee Nation citizen Brenda Mallory will give an artist talk on “Partitioning,” an exhibition currently on view at the Jordan Schnitzer Museum of Art through April 10 that focuses on salvaged materials such as fabric, fibers, beeswax and other found objects. A Q&A session will follow the presentation. The program also supports the UO Common Reading selection “Braiding Sweetgrass” and the art museum’s Common Seeing exhibition “Meeting Points”.

Join choreographer Claudia Schreier for an in-person public lecture, “Creating Passage: Reflections on Choreographing for Dance Theater of Harlem” on February 22. Part of the 2021-22 African American Conference and Workshop Series sponsored by the Office of the President and the Equity and Inclusion Division. Schreier, who has choreographed, directed and produced for dance, opera and film in the United States and around the world, will discuss the process of creating his 2019 ballet “Passage.”

Michael Schreffler, associate professor at Notre-Dame, specialist in Spain and Latin America of the 16th and 17th centuries, will give a lecture on the “Images of the Virgin Mary” (polychrome wooden statues) in Spanish America of the 17th century.

Kicking off the month at Beall Concert Hall is a performance by the UO Wind Symphony conducted by Jason M. Silveira and the University Singers conducted by Melissa Brunkan on February 1. Attend the UO Symphony Orchestra, the university’s premier orchestra on February 3, and on February 6, the eclectic piano trio Junction Trio will perform works by Zorn, Ives and Schumann on February 6.

On February 11, the UO Opera Ensemble will be at Beall Hall to present “Spanish Opera Imaginings”, two Spanish acts in one act: a baroque piece entitled “Los Elementos” (The Elements) on air, earth, water, fire, time and dawn and their anticipation of the sun’s arrival, and a comedy titled “El Poeta Calculista” which tells the story of a frustrated poet’s ideas about ridiculous business and love .

The UO Percussion Ensemble performs at Beall Hall on February 18, and the Black Oak Ensemble with the “ferocious eloquence” of violinists Desirée Ruhstrat, Aurélien Fort Pederzoli and cellist David Cunliffe, who join flautist Eugenia Molinare for selections from Bach’s Goldberg Variations and pieces by Kattenburg, Debussy and Villa-Lobos.

The Student Trombone Quartets perform in Beall on February 20, the Campus Band on February 23, and the Jazz Big Bands, along with the Oregon Jazz Ensemble and Jazz Lab groups, round out the month on February 25.

This month’s musical events at Berwick Hall include performances by the Oregon Wind Quintet and Friends on February 18 and Gearhart and Kreston on February 24. Both are part of the faculty recital series.

Explore the UO Channel for a variety of live-streamed events, videos from the Art Department’s Guest Artist Lecture Series, guest speakers and more. 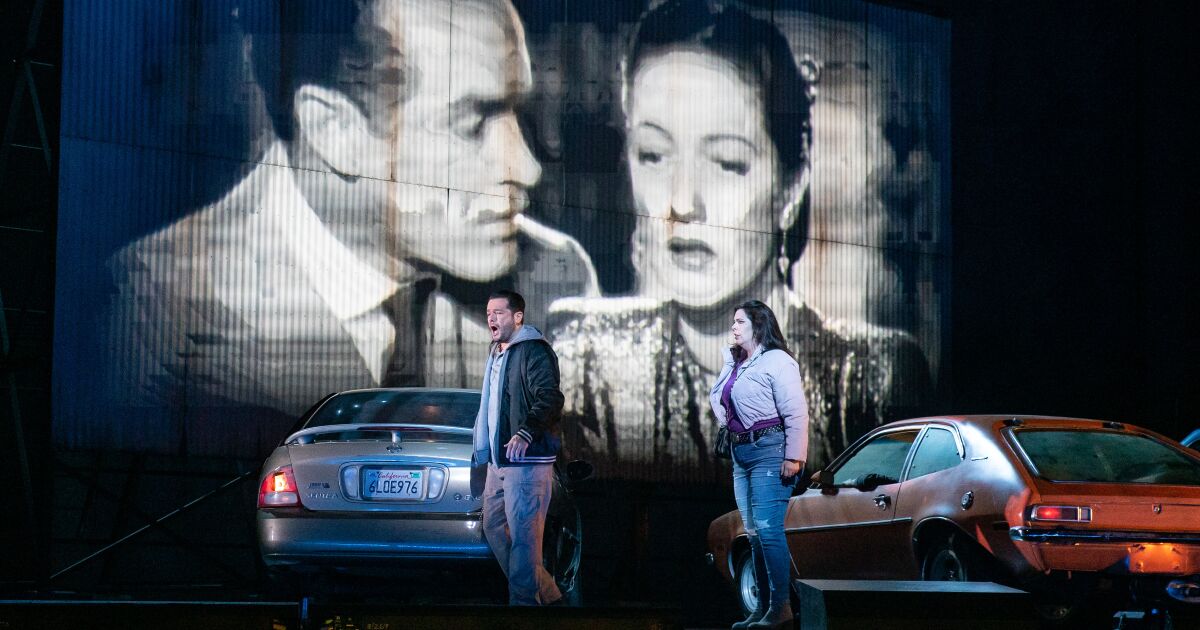