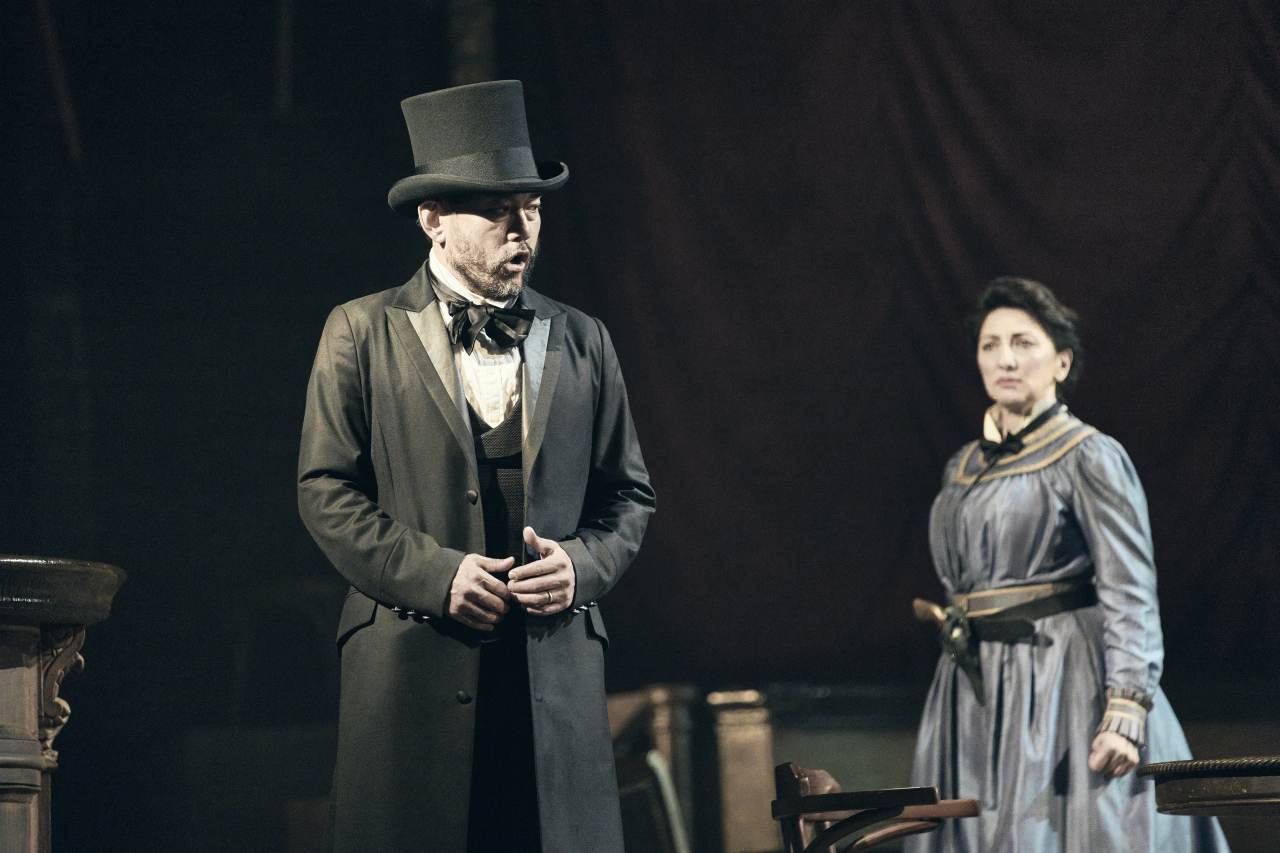 After a one-year postponement due to the COVID-19 pandemic, the Korean National Opera took the stage Thursday for the Korean premiere of Puccini’s 1910 opera “La Fanciulla del West”.

After the Italian production team completed a mandatory two-week self-quarantine, the national opera troupe took the stage Thursday at the Seoul Arts Center. All other seats in the theater have been left empty due to coronavirus restrictions.

“La Fanciulla del West” was written by the Italian composer Puccini, who has created many successful operas such as “Tosca”, “La BohÃ¨me”, “Madama Butterfly” and more. It is based on a drama written by American playwright David Belasco.

The 130-minute opera began against the backdrop of Polka Saloon in California. The stage was beautifully designed like a Old West bar with a dark wood interior and dim lighting.

It opens with miners from the California Gold Rush drinking whiskey and singing their nostalgia until Sheriff Jack Rance, played by baritone Antonio Yang, steps in. After explaining that the bandit Ramerrez is on the run, the sheriff confesses his love for Minnie, the owner of the salon.

Minnie was performed by Armenian opera soprano Karine Babajanyan. Babajanyan put on a memorable performance with her portrayal of the intelligent and independent female character.

Conductor Pietro Rizzo, who worked with the KNO on “Don Carlo” in 2013, was joined by the Korea Symphony Orchestra and the Met Opera Choir to perform opera music, considered one of the of the most modern music written by Puccini.

The KNO performance marked the Korean debut of opera, more than a century later since its world premiere at the Metropolitan Opera in New York in 1910.

The next Korean National Opera performance will be Verdi’s â€œNabuccoâ€ from August 12 to 15 at the Korea National Theater, followed by â€œSamson and Delilahâ€ by Saint-SaÃ«ns from October 7 to 10 and â€œLa Traviataâ€ by Verdi, December 2-5, both at Seoul Arts Center.