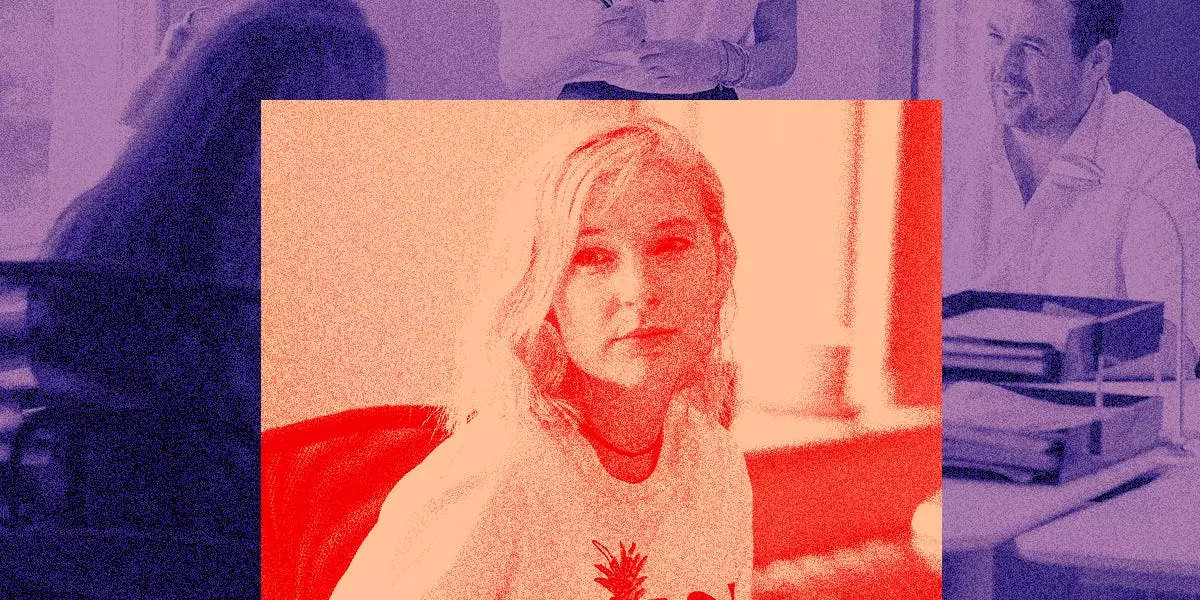 This say-to-say essay is based on a conversation with Chloe Murray, a 28-year-old dancer turned executive. It has been edited for length and clarity.

This story is part of “How the pandemic changed my careerâ€œ, an Insider series documenting the movements and moments that shaped people over the past two years.

Of course, I always wanted to get into the industry. But my parents were very careful.

They told me that everything was not glamorous, that the dancers had an expiry date.

So, somewhat reluctantly, I studied English language and literature at the University of Leeds instead of drama.

It was a box-checking exercise. The degree was something to fall back on, and it kept my mom and dad quiet. But at the time, I had friends who were already dancing. I shared my computer screen between my thesis and photos of them lying on the beaches.

I wanted to dance with them, so as soon as I could, I did

I graduated in 2015. I graduated on Wednesday, I auditioned for a world tour on a cruise ship on Thursday and was offered the contract on Friday

I have done two world cruises on Cunard Queen Elizabeth and Cunard Queen Victoria. I worked with Opera North, an opera and arts organization in Leeds.

I did commercials, Christmas ballets, and spent three months as a tap dancer at Disneyland Paris, which remains a magical place even when you see Mickey sticking his head out when he turns the corner.

I moved to London in February 2020. My agent suggested I do so, saying London was the place for me to be.

I was about to audition for “Mamma Mia!” a little after. It would have been the dream. I heard whispers of a virus.

Eventually it was canceled and then everything started to shut down.

I thought maybe I had bowed out, and I felt a bit cheated.

Usually, if you’re going to retire from the dance, you know when you’re leaving. I didn’t understand, and my “last hello” was at Thursford Christmas Show in a little corner of Norfolk.

In August I returned to Leeds with my boyfriend. He was working as a doctor in an intensive care unit during my stay in London, until he was offered a job at St James’s University Hospital there. I was worried about him when he walked through the door, so living in another city would have made it even harder.

With shows, studios and theaters still closed, I needed to find work

I started working at a friend’s virtual assistant business during lockdown, writing website content, blogs and social media posts. I really liked it, so I thought, why can’t I do this for work?

I sent a ton of emails to many agencies asking for entry level jobs, apprenticeships and internships. Nothing? Really. Even though I wasn’t making any money, I had time to learn.

In September 2020, one of the companies I cold emailed to, Fox Agency, offered me an interview. I flirted with the idea of â€‹â€‹converting myself into a teaching assistant, but the agency seemed great to me.

Luckily, I got the Associate Content Specialist position. It was more about social media than PR, writing blog content and helping create social media strategies. Now I’m a senior public relations executive, working with B2B technology clients to share their news and opinions with publications around the world.

In my daily life, I write press releases, I make presentations to journalists and I write articles for clients. Seeing an article that I have presented and written live online or in print is always very exciting.

It changed my outlook on my career. In any entertainment industry, the goal is simply to work.

I was competing against 20 girls for a role, and you can get a “no” for the most ridiculous reasons. You may have the “wrong” hair color or look too much like the main girl. If you just have a job, you are already earning.

But now that I have a full-time job, I can focus on my ambition, progress, grow, learn and climb the ladder in the environment in which I work.

I was able to combine dance and my new career, taking advantage of annual leave to accept dance contracts.

But dancing is no longer my absolute everything either, and I don’t put the same pressure on myself anymore. If I find a job, great. If I don’t, that’s okay, because I still have other things to do that I really enjoy.

I danced again, however. Coming back on stage, with my family in the audience, was moving. I had my final, I took my bow and I thought, this could be my last show, but it couldn’t either. Either way, I’ll be happy.