PITTSFIELD – Timing is everything, they say. For Julianne Boyd, now is the time to announce her intention to retire as artistic director of the Barrington Stage Company, the theater company she has run since co-founding it with Susan Sperber in 1995.

After 26 years at the helm, Boyd feels like she’s accomplished everything she wanted to accomplish. Further, she said, “because we have had such a good year and a difficult year with COVID, I felt it was the right time to go. I would never want to leave the theater. in a bad place.

As his 77th birthday nears the end of next month, Boyd wants to spend some free time with his family: her husband, Norman Boyd, who has a dental practice in New York; their three adult children – two daughters and a son; and especially their seven grandchildren aged 7 months to 15 years, two of whom have birthdays around Independence Day.

“Planning to take off to spend time with my family (around) July 4th has been a Herculean task,” Boyd said with a slight laugh.

Boyd will remain with Barrington Stage until some time after the end of the 2022 season. A research firm has been hired to find his successor.

“They will start with the members of the community, our associate artists, the whole group which constitutes the important stakeholders. We want every voice to be heard, ”Boyd said in an interview in his office at the Wolfson Center on North Street. She hopes the new art director will be in town by August.

Meanwhile, she said: “I will have everything in place for season 22.” As she abandons her office at the Wolfson Center, Boyd has no plans to sell her Pittsfield home.

“I’m not leaving forever,” she said. She intends to remain a member of the community; to “help if I can”.

Boyd was born Julianne Mamana and raised in Easton, Pennsylvania, one of five children – three older brothers and a younger sister. She received her undergraduate degree from Beaver College (now Arcadia University), where she met her future husband.

She was in first year; he was a junior.

“His [all-male] the college choir was visiting my [all-female] college and he was lining up behind me for dinner, ”Boyd said.

“My sister, June, who was in high school, was visiting me at the time. She thought he was cute and started a conversation with him. I joined us. He asked us to go to the concert he was giving that evening. I hadn’t planned on going but went reluctantly. The rest is history.

They have been married for 50 years.

She holds a doctorate from the University of the City of New York with a major in the history of the traditional Japanese puppet theater Bunraku and how it has affected Japanese society since the occupation period after WWII under the General Douglas MacArthur.

Boyd attributes his theatrical career to his father’s passion for Gilbert and Sullivan’s operettas.

“He was a great believer in extracurricular activities,” Boyd said. “My three brothers all played sports. My dad loved Gilbert and Sullivan and thought theater would be a great after school activity for me. I had no problem presenting myself in front of an audience.

His interest in theater developed throughout his teenage years and adolescence. She has seen tours in Philadelphia. She fell in love with the Theater of the Absurd when she played Lucky in a college production of “Waiting for Godot” by Samuel Beckett and was drawn to the work of André Gregory and his Theater of the Performing Arts.

“He was redefining theater,” Boyd said. “I was fascinated by the possibilities of the theater.”

She knew she didn’t want to act. Her first attempt at directing was during her freshman year at college when she did something for a student theater festival. Even then, she thought only of teaching at the university. That changed when she responded to an ad for a sound technician at an Off-Broadway theater. A job at a small house on Off-Broadway led to another small job at a house on Off-Broadway, then another, doing various jobs, all without pay. A small show she directed received favorable reviews from influential weekly The Village Voice.

It was while reading scripts at the Manhattan Theater Club that she came across recordings by James Herbert “Eubia” Blake which led her to the idea of ​​creating a review around the author’s music. -pianist-swing-jazz composer. “Eubia!” opened on Broadway in September 1978. It won three Tony Award nominations and won a Drama Desk Award for Best Musical.

“It was the first time I was paid for directing,” Boyd said.

She and Joan Micklin Silver created the magazine “A … My Name is Alice” which opened Off-Broadway in 1983, which was followed in 1992 by “A … My Name is Still Alice” and “My Name Will Always Be Alice” (Also titled “Alice Revisited”), which Boyd produced at BSC in his first season in 1995.

Boyd came to the Berkshires in 1993 as artistic director of the Berkshire Theater Festival in Stockbridge, a position she held for two seasons.

She started Barrington Stage Company after leaving BTF because, she said, “we were trying to reach the community in more than one way all year round. When I was at BTF a lot of people came to me and asked me why don’t we do something in the fall.

“When we started BSC, the idea was to do theater that would affect people’s lives beyond the crowded summer. “

The company performed at the Consolati Performing Arts Center at Mount Everett Regional High School for nearly 10 seasons, but it became problematic. Due to schedules and school requirements, the length of the seasons has decreased – from 10 weeks to six or seven weeks, ending in mid-August. The equipment had to be dismantled at the end of each season.

Despite the problems, BSC began to gain attention beyond the Berkshires. His production of “Cabaret” in the third season of BSC was traced back to Boston where he replicated his Berkshires hit. In 2005, “The 25th Annual Putnam County Spelling Bee” became BSC’s first show to move to New York City.

In the eighth season of Barrington Stage, Boyd and his board began to search for a new space. Their eyes were on the Mahaiwe Performing Arts Center in Great Barrington, but they were outbid for the building by what was then the Berkshire Opera Festival.

Eventually they found what they were looking for in a music hall on Union Street in Pittsfield that was for sale.

“We did our production of ‘Hair’ there and doubled the audience we had when we did the show at Great Barrington,” Boyd said. “It was important for the board to see that we had an audience in Pittsfield. “

Losing the Mahaiwe “was the best thing that could have happened to us. We wouldn’t have had the second stage, ”Boyd said, referring to BSC’s smaller St. Germain stage in the Blatt Performing Arts Center on Linden Street, several blocks from the Boyd-Quinson main stage.

Neither, in all likelihood, would BSC have had its Wolfson Center on North Street, which houses offices and rehearsal rooms; the Octagon House on Union Street for staff quarters; or the vast production center across town on Laurel Street.

Since 1995, the BSC’s budget has grown from $ 249,000 to just over $ 5.2 million. The audience has gone from “probably a few thousand” in 1995, Boyd said, to around 60,000 in a normal COVID-free season. The company produced 41 world premieres, sending three on Broadway and 10 Off-Broadway. The theater has also launched several programs in schools and the ethnic minority community and has spearheaded the city’s annual 10X10 Upstreet Arts Festival, the centerpiece of which is BSC’s 10X10 New Play Festival.

Boyd is eager to indulge his two passions of family and travel. She and her husband are heading to Japan, and a big trip to Italy for the whole family is in the works following the end of Boyd’s final season.

She is impatient. But she also recognizes that there are things she will miss.

“First of all, working with the artists who are now part of the BSC family… some of the most talented artists working today, many of whom have become close friends,” she said.

“Second, to collaborate with our very dedicated staff and board of directors, who jointly found a way through the pandemic and never gave up on trying to bring theater to our community – knowing that it was important to bringing people out of isolation into a common experience that offered a sense of a shared humanity.

“Finally, working with the BIPOC community, finding plays that tell stories that resonate deeply with them and developing ways to develop a more inclusive and diverse audience for theater…”

Regarding the future, she wants “to be there for my grandchildren. I want them to know the art.

“I am also delighted to leave the theater in the hands of someone who will build on what we have [created]. “ 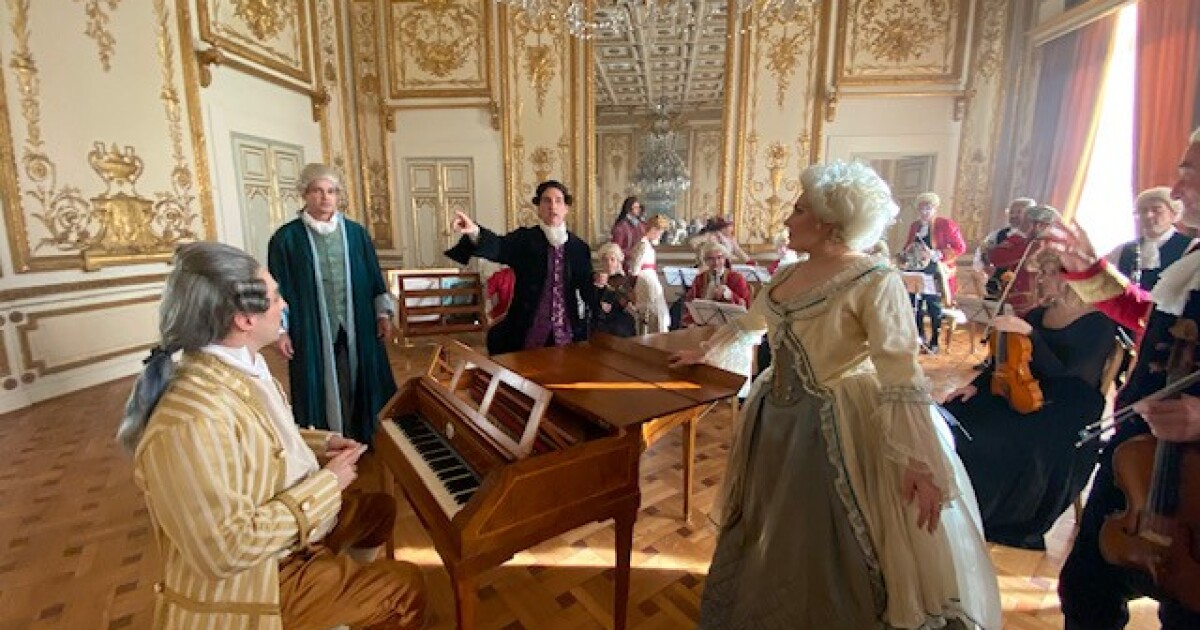